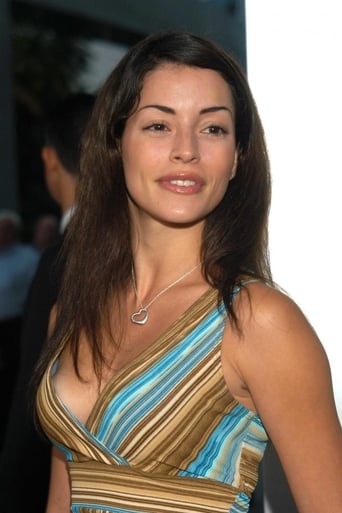 ​From Wikipedia, the free encyclopedia. Emmanuelle Vaugier  (born June 23, 1976) is a Canadian film actress, singer, songwriter and television actress who has had recurring roles as Detective Jessica Angell on CSI: NY, Mia on Two and a Half Men, and Dr. Helen Bryce on Smallville. Emmanuelle has now signed on to play an FBI agent named Emma Barnes in multiple episodes of the new Fox series Human Target. In feature films, Vaugier has appeared alongside Michael Caine and Robert Duvall in Secondhand Lions. She appeared as Addison in Saw II and Saw IV, and had a supporting role in the Josh Hartnett film 40 Days and 40 Nights. Description above from the Wikipedia article Emmanuelle Vaugier, licensed under CC-BY-SA, full list of contributors on Wikipedia