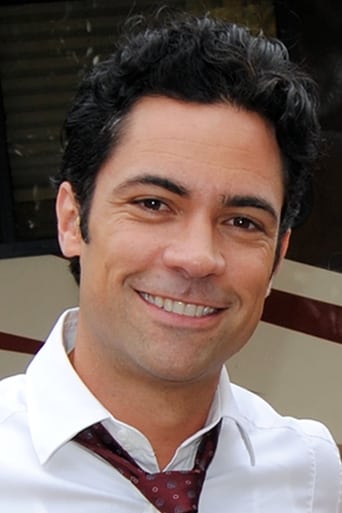 ​From Wikipedia, the free encyclopedia. Daniel G. "Danny" Pino  (born April 15, 1974) is an American actor of Cuban descent. 2002 saw him appear in London's West End (England) in the theatre play called Up for Grabs with Madonna. In May 2003, Pino played Desi Arnaz in a CBS special on the life of Lucille Ball, Lucy: The Lucille Ball Story. Pino was born in Miami, Florida. He graduated from Miami Coral Park High School in 1992 and from Florida International University in 1996, where he was a member of Sigma Phi Epsilon fraternity. Pino is known by many for his critically acclaimed performance as Mexican druglord and serial rapist Armadillo Quintero on FX's The Shield. He has also appeared in The Lost City and Flicka which featured Tim McGraw. Pino also starred in the hit CBS series Cold Case. Pino and his wife, Lilly who married in 2002, have two sons — Luca Daniel, born February 15, 2006, and Julian Franco, born June 5, 2007."Cold Case's Danny Pino, Wife Have a Son". People.com. Description above from the Wikipedia article Danny Pino, licensed under CC-BY-SA, full list of contributors on Wikipedia