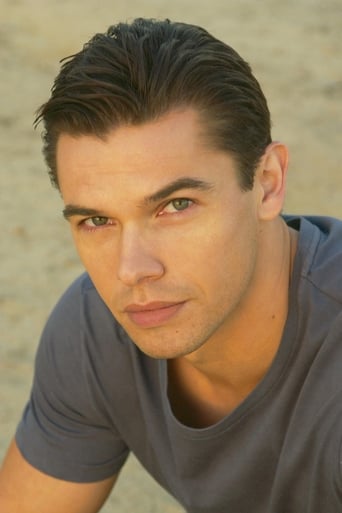 Paul Telfer (born 30 October 1979 in Paisley, Scotland) is a British actor, who has lived and worked in both his native United Kingdom and the United States. Telfer graduated with First Class honours in Film Studies from the University of Kent at Canterbury in 1999. He has appeared in episodes of two Sky One series: Is Harry on the Boat? (2002) (as Matt, a handsome airline ground crew member who is tragically untalented on the dancefloor) and Mile High (2003) (as Rory, a male stripper). Telfer has also appeared in a series of ancient history and mythological epics: as Gannicus in the 2004 TV movie Spartacus, Hephaestion in the 2007 movie Young Alexander the Great and the title role in the 2005 TV miniseries Hercules.[1][2] In 2007, Telfer appeared in five episodes of the second series of the BBC drama Hotel Babylon (as Luke, a less-than-trustworthy concierge), and also in the TV series NCIS, in which he played Marine Corporal Damon Werth, a psychotic Marine recently returned from an Iraq tour of duty. The episode, "Corporal Punishment", was broadcast on CBS in the United States. He also appeared in 2 episodes in season 7, "Outlaws and In-laws" and "Jack Knife" as Damon Werth. Telfer has also lived in New Zealand during the past few years, and has co-written theatre work. Away from acting, he posed nude in the women's magazine Cosmopolitan in support of the testicular and prostate cancer charity Everyman. He appeared in the 2011 movie Son of Morning.