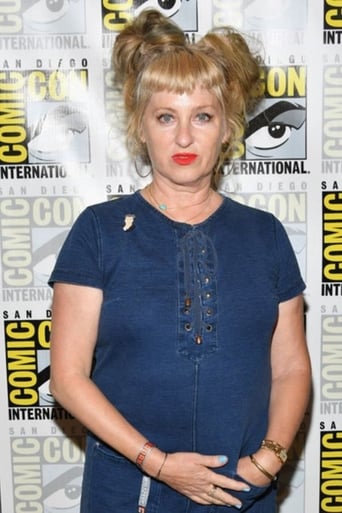 From Wikipedia, the free encyclopedia. Kimmy Robertson (born November 27, 1954) is an American actress best known for her role as Lucy Moran in the TV series Twin Peaks. She was married to John Christian Walker from January 18, 2003 to September 27, 2004. Originally a ballerina, she found success as an actress. Her high pitched voice has also served her well in animated cartoons, having featured on animated shows as Batman: The Animated Series, The Critic, The Tick and The Simpsons and movies such as Disney's Beauty and the Beast. Robertson performed a short spoken-word segment on Roger McGuinn's 1990 album Back from Rio. Description above from the Wikipedia article Kimmy Robertson, licensed under CC-BY-SA, full list of contributors on Wikipedia.