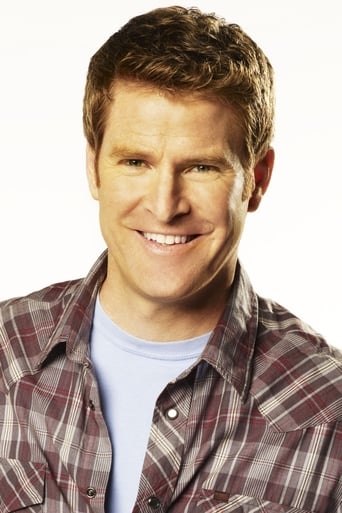 Jamie Kaler (born September 14, 1964) is an American stand-up comedian and actor who has gained fame by portraying the character Mike Callahan on the TBS comedy "My Boys". He has appeared on such talk shows as the Late Late Show as well as having a role on the sitcom How I Met Your Mother, and had a recurring role on Will and Grace. Kaler also lends his voice to the show Robot Chicken, as the suicidal blooper host. He is a member of the ACME Company, ACME Comedy Theatre's top-level sketch company and has also made guest appearances on Friends and Monk. Before beginning his comedic career, Kaler graduated from Boston University. He was then commissioned as an lieutenant in the United States Navy and stationed in San Diego before realizing he wanted to be an actor. After resigning his commission, he started performing in comedy clubs and eventually became involved in the Los Angeles comedy scene. Jamie was the guest on the Adam Carolla Podcast on May 14, 2009. From Wikipedia, the free encyclopedia. Description above from the Wikipedia article Jamie Kaler, licensed under CC-BY-SA, full list of contributors on Wikipedia.