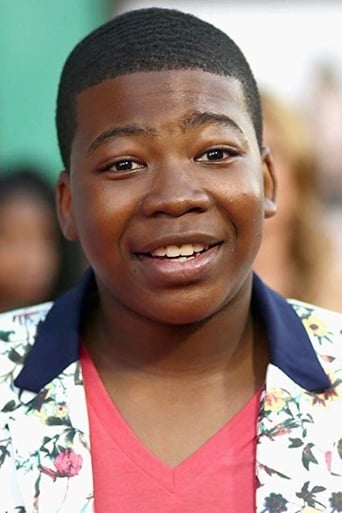 Mekai Matthew Curtis is an American actor who appears mainly since 2013 as a child actor in television and internet commercials. In 2007, he was among others in a Nick Jr. commercial for the entertaining series, The Three Little Pigs, directed by Tonya Lee Williams. To his sluggish breakthrough, he came from the year 2013 when he, among others, participated in the short film, Bug, that of James Pillion; and in one episode of FOX series, Arrested Development. Furthermore, he also appeared in one of the commercials of retailer, Walmart and wireless Internet provider, C Spire Wireless. The real breakthrough was not until the series start of Kirby Buckets on Disney XD in the following autumn 2014. In the youth sitcom, Curtis is seen since then in the role of Fish as one of the protagonists alongside Jacob Bertrand, Cade Sutton, Olivia Stuck & Tiffany Espensen. So far, the series has already shot two seasons with a total of 31 episodes, with the second season in October 2015 celebrated its US premiere. In the German-language dubbing version of the series, Till Flechtner lends him the voice. Other appearances had the music-loving Mekai Curtis in a role of Girl Meets World, as well as in the movie, Alexander and the Terrible, Horrible, No Good, Very Bad Day, under the direction of Puerto Rican Miguel Arteta. In October 2015 and January 2016, he appeared with Tenzing Norgay Trainor in Liv and Maddie, and in two commercials for the new Playmation series, Marvel's The Avengers Starter Pack. In 2016, he took on a voice in the series, Milo Murphy's Law, from the creators of Phineas and Ferb. He calls him the character Zack Underwood and met fellow actress, Sabrina Carpenter, with whom he has worked on Girl Meets World in the past.