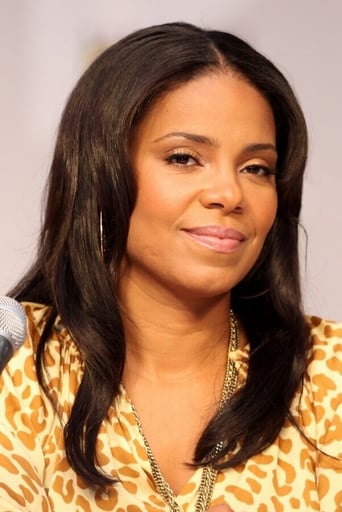 Sanaa McCoy Lathan was born in New York City on September 19, 1971. She attended Manhattan Center for Science and Mathematics. She graduated from the University of California, Berkeley with a degree in English. Lathan contemplated a career in law, but instead enrolled at the Yale School of Drama. Following her training at Yale, she performed in a number of Shakespeare's plays and earned acclaim both off-Broadway and on the Los Angeles stage. She later found early television roles on episodes of such shows as In the House, Family Matters, NYPD Blue, and Moesha. During that same period, she was awarded Best Actress from the Los Angeles NAACP Theatrical Award Committee for her performance in To Take Arms. In 1998, Lathan starred as the mother of Wesley Snipes' title character in Blade. She followed with a role in Life and back-to-back turns in and The Wood and The Best Man for which Lathan received a NAACP Image Award nomination. She was then cast as the love interest of Omar Epps in Prince-Bythewood's Love & Basketball. Her performance in Love & Basketball earned her the 2001 NAACP Image Award for Outstanding Actress in a Motion Picture, as well as an Independent Spirit Award nomination for Best Actress and a BET Award. In 2001, Lathan earned additional acclaim for her work in the multicultural comedy Catfish in Black Bean Sauce. Next was her second collaboration with Prince-Bythewood: Disappearing Acts; which was based on a novel by Terry McMillan. For her work in the film, Lathan earned an Essence Award for Best Actress. That year, she was named by Ebony magazine as one of its 55 Most Beautiful People. In 2002, Lathan starred in the romantic comedy, Brown Sugar. Lathan’s performance earned a NAACP Image Award Nomination for Outstanding Actress in a Motion Picture. In 2004, Lathan starred on Broadway in A Raisin in the Sun with Sean Combs, Audra McDonald, and Phylicia Rashad. Lathan received a Tony Award nomination for Best Performance by a Featured Actress for her portrayal of Beneatha Younger. Several years later, Lathan reprised the role in a critically acclaimed ABC Network production of A Raisin in the Sun. Lathan subsequently starred in several major Hollywood films, including Alien vs. Predator, which was Lathan's biggest role to date. Out of Time was also an important role for Lathan as she played the plot-twist antagonist, sharing the screen with Denzel Washington. In 2006, Lathan co-starred with Simon Baker in Something New, a romantic comedy about an interracial relationship. Lathan appeared in a recurring role as Michelle Landau in another interracial relationship as the much younger wife of a Texas businessman (Larry Hagman) during the fourth season of the television series, Nip/Tuck. Lathan played Andrea in Tyler Perry's The Family That Preys in 2008. In 2009, Lathan co-starred with Matthew Broderick in the drama Wonderful World. She also began voicing the character Donna Tubbs on The Cleveland Show. Retuning back to the stage in 2010 she starred in the all-black performance of Cat on a Hot Tin Roof at the Novello Theatre in London.