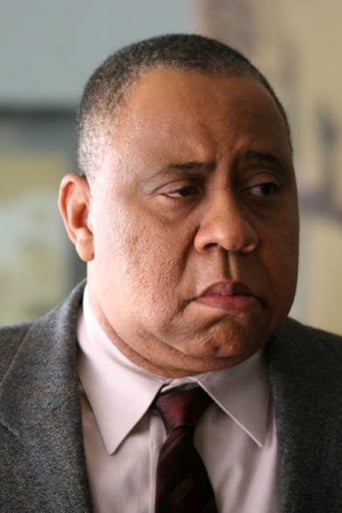 From Wikipedia, the free encyclopedia. Barry Shabaka Henley (born Barry Joseph Henley; September 15, 1954) is an American character actor. Henley is a fixture in many films, most often the films of director Michael Mann, having worked with the director four times. Henley played Herbert Muhammad in Ali. In Collateral he made an impression as a sensitive jazz musician living on borrowed time. He also starred in Steven Spielberg's The Terminal. In Miami Vice, Henley succeeded Edward James Olmos as superior officer, Lt. Martin Castillo. He also appeared in the short-lived television series, Robbery Homicide Division and Barbershop. From 2009, he has played the recurring character of FBI Agent Vreede in FlashForward, an ABC television series. He also played Buddy in How Stella Got Her Groove Back. It was announced that Henley will have a role on Heroes as Detective Fuller. In 1999 Henley supplied the role of Pokerface in the Eddie Murphy/Martin Lawrence film Life. As a stage actor, Henley's honors include the Drama Desk, Obie, and Olivier Awards. He was also a member of the West Coast Black Repertory Theatre and the San Francisco Mime Troupe. Description above from the Wikipedia article Barry Shabaka Henley, licensed under CC-BY-SA, full list of contributors on Wikipedia.