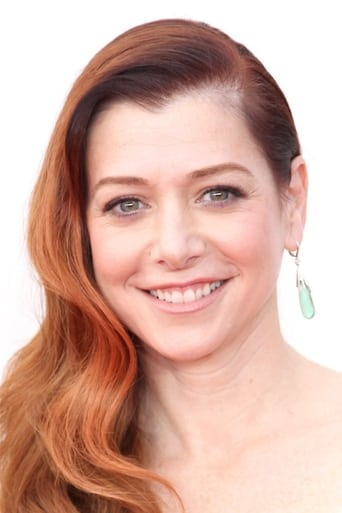 Alyson Lee Hannigan (born March 24, 1974) is an American actress. She is best known for her roles as Willow Rosenberg in the television series Buffy the Vampire Slayer (1997–2003), Lily Aldrin on the CBS sitcom How I Met Your Mother (2005–2014) and Michelle Flaherty in the American Pie film series (1999–present). Hannigan was born in Washington, D.C., the only child of Emilie (Posner) Haas, a real estate agent, and Al Hannigan, a truck driver. Her father is of Irish descent and her mother is Jewish. Her parents divorced when she was two and she was raised mostly by her mother in Atlanta, Georgia. Hannigan married fellow Buffy the Vampire Slayer actor Alexis Denisof at Two Bunch Palms Resort in Desert Hot Springs, California, on October 11, 2003. The couple have two daughters, Satyana Marie Denisof, born March 24, 2009, and Keeva Jane Denisof, born May 23, 2012. Hannigan and her husband are godparents to Joss Whedon's son, Arden. Description above from the Wikipedia article Alyson Hannigan, licensed under CC-BY-SA, full list of contributors on Wikipedia.