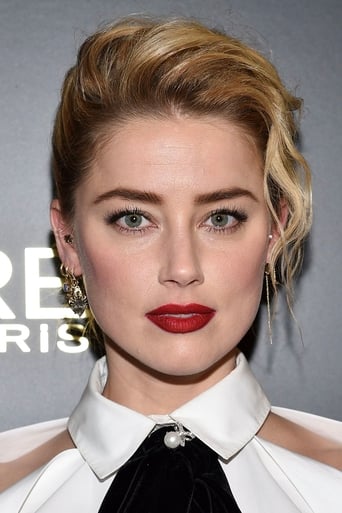 Amber Laura Heard (born April 22, 1986) is an American actress. She played the lead and title character in All the Boys Love Mandy Lane, which debuted at the Toronto International Film Festival in 2006. Heard's first starring role came in 2007 on the CW television show Hidden Palms. Her breakthrough came in 2008 with roles in Never Back Down and Pineapple Express. In 2009, Heard starred in The Stepfather and also had a small role in the horror-comedy Zombieland. She next starred in The Joneses and And Soon the Darkness (both 2010), John Carpenter's The Ward, alongside Nicolas Cage in Drive Angry, and alongside Johnny Depp in The Rum Diary. Description above from the Wikipedia article Amber Heard, licensed under CC-BY-SA, full list of contributors on Wikipedia.