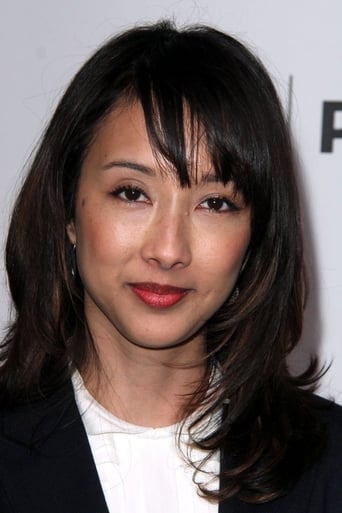 From Wikipedia, the free encyclopedia. Maurissa Tancharoen Whedon (born November 28, 1975 in Los Angeles, California) is an American actress, singer, dancer, television producer/writer and lyricist Career She co-wrote Dr. Horrible's Sing-Along Blog and appeared onscreen as Groupie #1, as well as on the DVD audio track "Commentary! The Musical", in which she sings about the scarcity of non-stereotyped roles in television and film for actors of Asian origin.She was a staff writer and story editor for the program Dollhouse and the short-lived sitcom Oliver Beene. Tancharoen also played a brief acting role in Dollhouse as the active Kilo (like the other Los Angeles actives named from the NATO phonetic alphabet), and co-wrote and performed lyrics for "Remains" with Jed Whedon for the Dollhouse episode "Epitaph One".She provided Zelda's singing voice in the season 2 episode "The Musical" of The Legend of Neil, a spoof based on the video game The Legend of Zelda, and performed backing vocals and danced in the video for the The Guild parody song "(Do You Wanna Date My) Avatar" released August 17, 2009.She was a writer and producer on the Starz series Spartacus: Gods of the Arena and is credited as co-writer of the first two episodes together with Jed Whedon. She also worked on Spartacus: Vengeance. Tancharoen was also a writer and story editor for Drop Dead Diva. Tancharoen's first paid script came in 2001 when she sold Revolution Studios an untitled pitch in which two Asian American FBI agents investigate a gang in South Central Los Angeles by working undercover as Korean grocery store clerks. Her production credits include working as assistant to producer Mark Tinker on NYPD Blue and to William M. Finkelstein on Brooklyn South, as well as being co-executive producer of the series DanceLife. Tancharoen worked with Jed Whedon and Joss Whedon on The Avengers, and co-wrote the Marvel TV Pilot for ABC titled Agents of S.H.I.E.L.D. with Jed Whedon and Joss Whedon, and continues to work as an executive producer and showrunner. Personal life Tancharoen is Asian-American and has said that her surname is of Thai origin. She attended Occidental College, where she wrote two plays that won the Argonaut & Moore literary award. Her father, Tommy Tancharoen, is a transportation coordinator for Hollywood movies. Her brother Kevin Tancharoen is a director, whose feature film debut is 2009's Fame. On April 19, 2009, she married fellow writer Jed Whedon, brother of Joss Whedon.In her younger years, Tancharoen was a member of the girl band Pretty in Pink. Before 'making it big', the band broke up and shortly after Tancharoen was diagnosed with lupus that required chemotherapy.