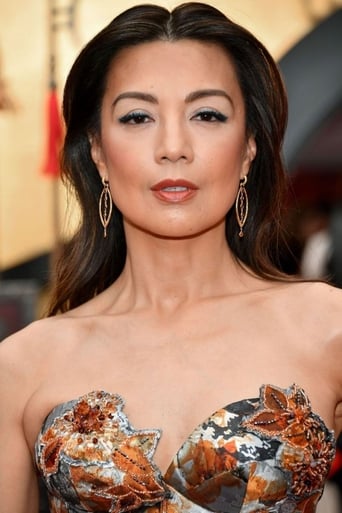 From Wikipedia, the free encyclopedia. Ming-Na (born November 20, 1963, height 5' 4" (1,63 m)) is a Macanese-born American actress. She has been credited with and without her family name, but most credits since the late 1990s have been without it. She has been known by such variants of her name as Ming Na, Ming Na Wen, Ming-Na Wen and Ming Wen. She is known for voicing Fa Mulan in the Mulan films and Kingdom Hearts video game series, and as Dr. Jing-Mei "Deb" Chen on the NBC Medical drama series ER. She was a regular on other notable TV shows such as As the World Turns, Vanished, and The Batman. She was also the series lead on her own show, Inconceivable, a Medical drama aired on NBC, but the short-lived show was cancelled after two episodes. In October 2009, the actress returned to television as main character Camile Wray in Stargate Universe. Besides television she is notable for starring in films such as The Joy Luck Club and Street Fighter.