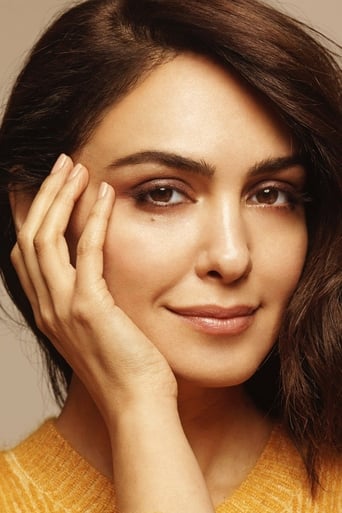 Nazanin Boniadi was born in Tehran, Iran, at the height of the Iranian Revolution; her parents relocated to London shortly thereafter. She performed violin and ballet as a young girl. She attended a private high school and later moved to the United States where she earned a bachelor's degree, with honors, in biological sciences from the University of California, Irvine. At UCI, she won the Chang Pin-Chun Undergraduate Research Award for molecular research involving cancer treatment and heart transplant rejection. She was also Assistant Editor-in-Chief of MedTimes, UCI's undergraduate medical newspaper. Nazanin Boniadi is rapidly making her mark in both film and television. She co-starred as CIA analyst Fara Sherazi on seasons three and four of the Emmy and Golden Globe award-winning drama Homeland (2011), for which she shared a 2015 SAG Award nomination in the Outstanding Performance by an Ensemble in a Drama Series category. Boniadi appeared in the 2016 MGM-Paramount remake of Ben-Hur. Directed by Timur Bekmambetov, the film stars Ms. Boniadi in the female lead role of Esther opposite Jack Huston, Morgan Freeman and Toby Kebbell. She will next appear in a leading role opposite Armie Hammer and Dev Patel in Anthony Maras's Hotel Mumbai. Among her many television credits, Boniadi portrayed Nora, a relatively longstanding love interest to Neil Patrick Harris's Barney Stinson, in seasons six and seven of How I Met Your Mother (2005). She also appeared as the notorious Adnan Salif in season three of Shonda Rhimes' hit political drama Scandal (2012). She will next star alongside J.K. Simmons in the original Starz series Counterpart (2017), created by Justin Marks and Executive Produced by Morten Tyldum. On film, Boniadi appeared as Amira Ahmed in Jon Favreau's Iron Man (2008) and portrayed a young mother, Elaine, in Paul Haggis' The Next Three Days (2010). She also has several independent features to her credit. Born in Tehran at the height of the Iranian Revolution, Boniadi's parents relocated to London, England, shortly thereafter, where she was raised with an emphasis on education. While she was involved in theatre early in life, Boniadi later decided she wanted to become a physician. She moved to the United States at the age of 19 to attend the University of California, Irvine, where she received her Bachelor's Degree, with Honors (Dean's Academic Achievement and Service Award) in Biological Sciences, and won the "Chang Pin Chun" Undergraduate Research Award for her work in heart-transplant rejection and cancer research. Switching gears to pursue her first love, Boniadi then decided to study acting, which included training in Contemporary Drama at the Royal Academy of Dramatic Arts in London under the supervision of dramaturge Lloyd Trott. Boniadi is fluent in both English and Persian. She is a dedicated human rights activist. Boniadi served as a spokesperson for Amnesty International USA (AIUSA) 2009-2015, and continues to partner with the non-profit as an AIUSA Artist of Conscience.