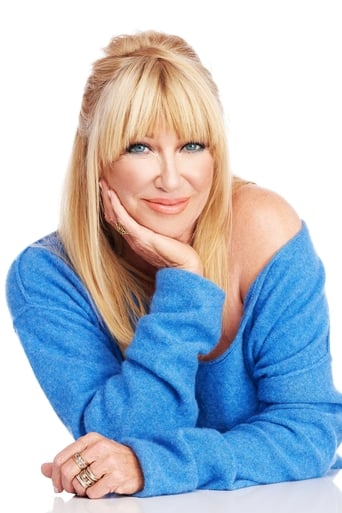 From Wikipedia, the free encyclopedia. Suzanne Somers (born Suzanne Marie Mahoney; October 16, 1946, height 5' 5½" (1,66 m)) is an American actress, author, singer and businesswoman, known for her television roles as Chrissy Snow on Three's Company and as Carol Lambert on Step by Step. Somers later became the author of a series of best-selling self-help books, including Ageless: The Naked Truth About Bioidentical Hormones (2006), a book about bioidentical hormone replacement therapy.  She has also released two autobiographies, four diet books, and a book of poetry entitled "Touch Me" (1980). She currently features items of her design on ShopNBC. She is criticized for her views on some medical subjects and her advocacy of the Wiley Protocol, which has been labelled as "scientifically unproven and dangerous". Her promotion of alternative cancer treatments has received criticism from the American Cancer Society. Description above from the Wikipedia article Suzanne Somers, licensed under CC-BY-SA,full list of contributors on Wikipedia.